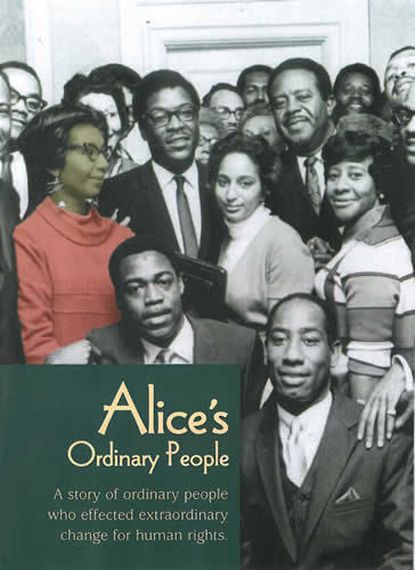 As part of Black History Month, the library presents Alice’s Ordinary People filmmaker Craig Dudnick will discuss his documentary about Alice Tregay, an unsung heroine of the Civil Rights Movement. Her remarkable story spans the historic period from the marches of Dr. King to the election of Barack Obama. And her great contribution in the field of politics is the thread which connects the two. Under the leadership of Reverend Jackson, the months that Alice and her “ordinary people” spent picketing led to real change. But it was through her Political Education class, that Alice had her most significant impact. Over a four year period, thousands were trained to work in independent political campaigns. This new force was integral to the re-election of Ralph Metcalf to Congress (this time as an independent democrat), to the election of Harold Washington, mayor, and to making Barack Obama, our first African American President.

Tickets are not available as this event has passed.
+ Google Calendar+ iCal Export

Please note that the Library is not accepting book donations at this time. Thank you.

Didn’t Find What you are Looking for?